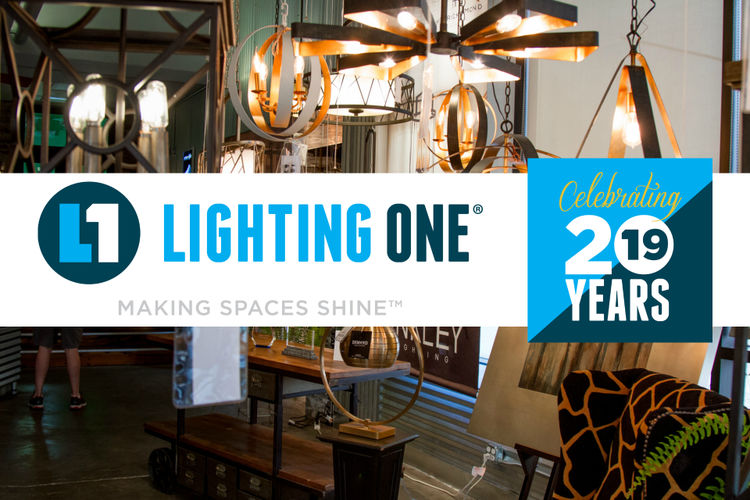 Windward Software is pleased to announce that its lighting showroom industry partner, Lighting One, will be celebrating its 20th anniversary this year. This cooperative has steadily grown since its inception to become the largest cooperative in the lighting and home décor sector in North America.

Lighting One began as a small group of lighting showroom owners known as Illucio in 1999. Then, in 2001, CCA Global Partners® purchased the group after recognizing its potential and worked to transform it into the Lighting One cooperative. The rest is history, as Lighting One evolved over the years to become the industry leader we see today, serving more than 320 lighting retailers as a valuable resource with numerous business efficiency programs.

Through Lighting One, showrooms – many now owned and operated by second and third generation members – unite to purchase, network, and advertise. While each member benefits from the power of the group, they maintain independent ownership of their respective enterprise.

The entire cooperative will salute their 20th anniversary in Dallas this summer at the annual Lighting One Convention, taking place June 17 and 18.

Just because they’ve hit a milestone doesn’t mean that Lighting One is slowing down. This year the cooperative plans to launch important improvements to its digital marketing program to increase members’ ability to drive leads to their showrooms. This set of initiatives will provide members with an e-commerce enabled showroom product catalog so the internet-centric consumer can conveniently purchase from Lighting One members online.

Way to go, Lighting One! From all of us at Windward Software, “Happy 20th Anniversary!”